You kitchen tapware are one of the most important fixtures of any home. Not only does it need to be durable, but it also needs to be practical, functional and stylish. After all, tapware is one of the main touch-points in your home.  And, they are also one of the most updated fixtures as well.

According to Houzz’s 2017 Kitchen Trends Survey, taps and other plumbing fixtures were the third-highest kitchen upgrade conducted by homeowners in the past 12 months, with 87% replacing their tapware. This should come as no surprise, given that taps are used a heavily used item. If you’re updating your kitchen, there’s a high probability you may be looking to upgrade your kitchen tapware as well.

But, before you drive around looking for kitchen tapware in Perth, you need to know what to look out for. Modern tapware is available in a range of types, styles, designs and finish options. As such, you’ll need to choose tapware based on your kitchen’s layout, style and usage requirements.

As the head of purchasing at Ross’s Discount Home Centre, I am more than familiar with the current range of kitchen tapware in Perth, and also what buyers need to know about such taps to make the correct choice. Today, I will list some of the currently trending types of taps to help you determine which will best suit your needs.

Whether you’re giving your kitchen a makeover, replacing tapware or undergoing a complete kitchen renovation, you’re sure to find one that’s perfect for you.

High Spout Taps have always been the most popular type of tapware to be used in kitchens. They are also known as single lever taps and are most commonly available as mixer taps with a single spout.

They have a characteristic design of a long-sized gooseneck spout, which is some distance away from the base of the tap. It is because of this design that high spout taps are particularly popular for kitchen sinks. The long spout allows you to stack used utensils in your sink without the spout getting in the way and also offers the height needed to wash large utensils, such as tall saucepans.

In terms of finish options, stainless-steel, chrome or polished steel, brushed metal and coloured (bronze and matte black) are currently trending. You’ll easily be able to find high spout kitchen tapware in Perth in any of these finishes. 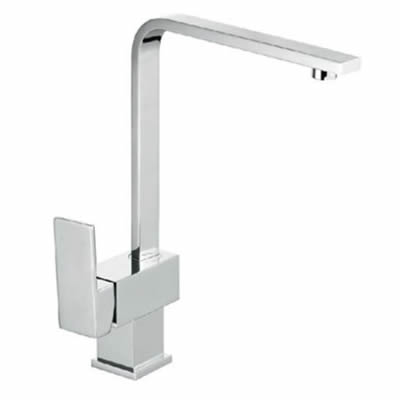 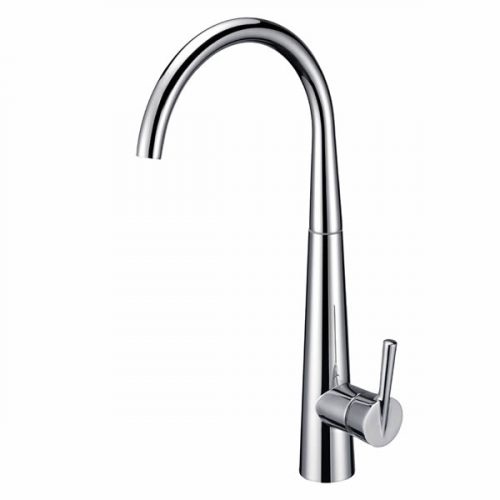 And, for the best quality high spout taps in Perth at affordable prices, look no further than Ross’s Discount Home Centre. Take a look at our Cube Hi-Rise Kitchen Mixer tap and our Fiona Sink Mixer. Both these are mixer taps with stylish designs to complement modern kitchens. They each feature a durable chrome finish and solid brass construction for durability. Either tap would be a is perfect choices for your kitchen.

Wall-mounted taps may be most commonly found in bathrooms, but they’ve slowly made their way into kitchens as well. As the name suggests, these taps are installed directly on walls above the kitchen sink. This design frees up a lot of space between the sink and the tap and allows you to conduct your kitchen duties with ease.

One of the big reasons behind the rise in popularity of wall-mounted taps in kitchens is their fantastic design. Given that they are mounted on the wall, the sink automatically looks less cluttered and more minimalistic, which is right on trend at the moment. Moreover, since wall mounted taps allow you to save on space, you can always go with a large-sized tap.  These taps are often counted amongst the most eye-pleasing of all kitchen tapware.

However, I must admit that wall mounted taps do come with some drawbacks. The first and most important one is the excess building and plumbing expenses involved in the installation. Unless you already have an outlet located at the exact place where you want to install the tap, you’ll need plumbing work to be done. And, moving around plumbing fixtures is not only time consuming, but quite expensive as well. The second drawback is their price. Wall-mounted taps are usually more expensive than normal kitchen taps.

If you’re considering wall-mounted taps for your kitchen, but you’re worried about costs, worry no more! You’ll find some amazing wall mounted kitchen tapware in Perth at Ross’s Discount Home Centre at affordable prices. Check out our Square Wall / Spa / Sink Set of wall-mounted taps. It is a versatile 3-piece wall-mounted tap which can be used in kitchens, bathrooms and spas. It comes with a modern geometric design, features solid brass construction and comes in a gorgeous chrome finish. This wall-mounted tap will do well to add a touch of personality and character to your kitchen.

Pull-Out Taps are another type of tapware which are commonly found in kitchens. These taps feature a special retractable spout, which can be pulled out from the base of the tap. Thanks to this special design, pull-out taps are extremely functional and very easy to use. They are great for use in kitchens with a small sink where there is not enough room for high utensils.

The spout of a pull-out tap is similar to that of a shower head, except that it is much smaller in size, retractable and can easily be put back in its original position. The retractable spout is connected to the tap base with the help of a hose.

The biggest advantage that pull-out taps offer is that they offer tremendous flexibility. You can simply pull the hose out and use the spout in any direction or orientation that you need. This is one reason why pull-out taps are rapidly making their way into kitchens in Perth.

As with other types of kitchen tapware in Perth, pull-out taps are also available in a variety of shapes, designs and styles. The common finish options include chrome, stainless steel, polished steel, brushed metal, bronze and matte black. Pull-out taps are available both as mixer taps and with separate spout heads.

If you think that your kitchen needs a pull-out tap, then consider our Project Pull-Out Mixer at Ross’s Discount Home Centre. It is an incredibly practical and highly functional tap which comes with a stylish design as well. This pull-out tap is very water efficient, features solid brass construction and comes in a modern-looking chrome finish. It is the best choice for your kitchen.

The last on this list of kitchen tapware in Perth, innovative tap designs are becoming quite popular with homeowners. Such taps are usually available in odd or extravagant shapes, and it is not uncommon to find special attachments fitted into these taps as well.

From mixer taps with a sprayer to spring mixer taps, new and different types of uniquely designed taps are introduced in the market every day. While these taps are the most expensive of all types of taps, they are unrivalled in terms of functionality. Moreover, innovative tap designs come in fantastic modern shapes, and they will give your kitchen a complete facelift.

As with other types of taps, innovative tap designs may be mixer taps, or they may include multiple spouts. They are most commonly available in stainless steel, polished steel, chrome, matte black, bronze and brushed metal finish options. 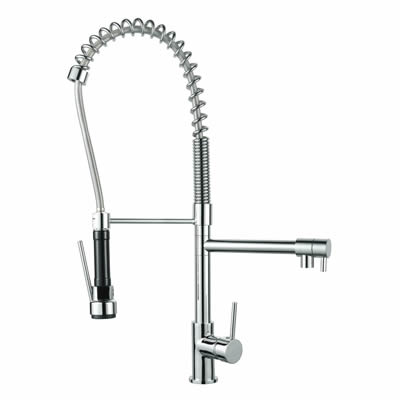 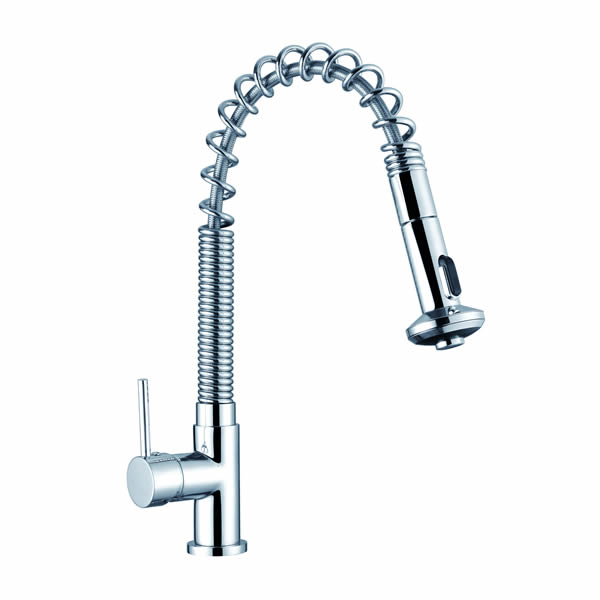 For the best innovative tap designs in Perth, you’ll find nothing better than our Sink Mixer and Sprayer Unit and our Fiona Spring Sink Mixer. Both of these mixer taps are uniquely designed to offer flexibility and ease of use. These mixer taps feature an ergonomic design and are designed to offer easy installation. Both taps feature solid brass construction and come in a modern looking chrome finish. Choose either of these taps to make your kitchen more functional as well as better looking.

If you’re giving your kitchen a makeover, or you’re renovating, you may also consider upgrading your tapware. But, before you do so, you need to know about the different types of kitchen tapware in Perth. The most popular types of kitchen taps include high spout or single-lever taps; wall mounted taps, pull-out or retractable taps and innovative tap designs. Each of these tapware offer unique advantages for use in kitchen sinks.

To choose which type of tapware you need, consider your household size, eating habits and utensil washing requirements. Also, consider the layout of your kitchen, available space and your interiors. This will give you a good idea of which tap is best suited for your needs.

And for the best kitchen tapware in Perth, look no further than Ross’s Discount Home Centre. Check out our full range of kitchen tapware at our online store or drop by our showroom in Guildford today!